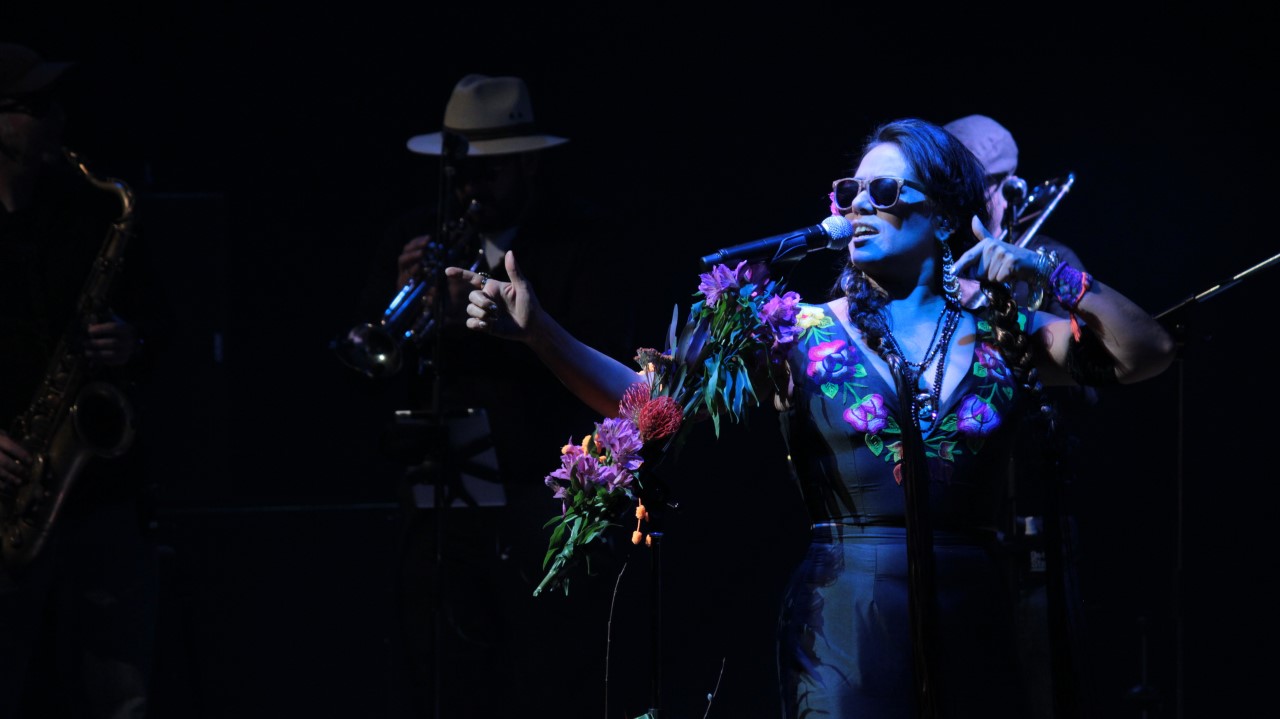 Live events are vital to music and arts organizations all over Alberta. Concerts and the province’s largest summer events have been rescheduled until 2021, and music fans aren’t able to experience their favourite artists in concert, but organizations have transitioned to a steady flow of digital content that reinforces the importance of music in our daily lives.

The Calgary Folk Music Festival has been a summer staple for more than 40 years. In light of the festival’s cancellation this year, the team quickly pivoted to find a safe way to bring the festival spirit to longtime fans. Final details are currently being ironed out, but the team hopes to leverage the festival’s grassroots history, strong tarp culture and community support to create a memorable celebration from July 23 - 26. If it’s safe to do so, fans will be encouraged to celebrate in small groups (with physical distancing in place) and set up tarps in their backyards to enjoy livestreamed music and programming.

We’re planning on doing a fairly significant number of livestreamed concerts each of the nights with some far-flung artists. Interspersed with those will be footage from the festival’s past, and we’ll hopefully be working with our media partners on doing some broadcasts. Kerry Clarke, Artistic Director of the Calgary Folk Music Festival

The organization has kept audiences engaged in other ways, too. The recently wrapped Isolation Station Happy Hour focused on showcasing local artists alongside musicians from Canada and the United States, including Birds of Chicago, Dan Mangan and The Weather Station. The concerts were broadcast on Instagram Live, but additional Isolation Station videos can be found on the festival’s YouTube channel. A six-week Live Concert Series will also begin on May 30, featuring two artists per week on Saturdays from 6 pm to 8 pm. Fans can purchase tickets for $8 through the Calgary Folk Music Festival website. Once the ticket purchase is complete, they will receive a link to access the live broadcast.

“We program about 170 artists a year at all of our different events, and we’re really all about live music and live experiences,” says Clarke. “So while that’s on pause, we’re pleased to be able to still work with artists and audiences and fill our mandate of exposing different people and discovering really great new and emerging artists and also established acts. We’re happy to be able to fill that void while we can’t do what we really love best, which is live music.”

Studio Bell, home of the National Music Centre in East Village, shares music through live performances, historic collections, exhibits and education programs. This focus has continued during COVID-19 through digital means, including releasing a back catalogue of exclusive content on its social media feeds and YouTube channel captured during artist interviews and events, including conversations with Geddy Lee during the National Music Centre’s exhibit of his bass guitars in 2019, Sarah McLachlan and Tom Cochrane.

“It’s been a real opportunity for us to think about what our digital strategy is and how we can use the assets the National Music Centre has to connect people, not only in the province of Alberta, but also across the country and internationally, too,” says Adam Fox, Director of Programs for the National Music Centre. “I see this as an opportunity for us to play in the digital space with something that’s curated and developed specifically for a digital audience.”

The online initiatives also place an emphasis on education, particularly with the 16-week Learning at Home series. Led by Evan the Educator, who has worked as education program leader for the National Music Centre for a decade, the series introduces viewers to topics that explore specific instruments and the science of sound. Response to the online content has been resoundingly positive, and the National Music Centre will continue building on its online education programming even after it re-opens.

"We’ve got a lot of experience using music as a vehicle to uncover and discover core curriculum topics," says Fox. "We’ve been specializing in Kindergarten to Grade 6, but we’ve been expanding that."

The appetite for digital content during COVID-19 has reiterated the importance of music and the arts. Art is the key to content, Fox notes, and there would be no content to consume during this time without artists, producers, musicians, filmmakers and writers.

A digital venue launched to combat social isolation while events and live performances remain cancelled in light of COVID-19. The platform combines a website, social media and YouTube to host webinars, podcasts and online concerts to foster an inclusive arts and music community within the city of Edmonton and across the province. Visitors can also stay up-to-date on local initiatives in the arts and business communities through the site’s blog as well as browse archival concert footage from the Starlite Room, read artist interviews and watch documentaries that tell stories of those who have contributed to arts and culture in Edmonton and beyond.

The Calgary Philharmonic Orchestra is undergoing what it refers to as a "prolonged intermission." To stay connected with new and existing fans, it launched the Quarantine Listening Series. Orchestra members share curated lists of their favourite music they’re listening to while unable to perform. New initiatives include An Orchestra Adventure with Maestro Karl and Friends. The four-part series will star associate conductor Karl Herzer as he interviews musicians in the orchestra and discovers different instruments, learns about composers and leads interactive activities. The show will air every two weeks and be shared on the orchestra’s website and social media feeds.

Finally, a third initiative titled Music to My Ears will launch May 26. The approachable yet informative lecture series will provide insight and a personal touch to the works the orchestra will be performing, including Beethoven’s 6th Symphony, which will be its debut performance of the 2021 season.

The Edmonton Symphony Orchestra is helping fans get to know members of the orchestra through ESO 101. The videos, shared through YouTube and the orchestra’s social media feeds, are an opportunity to virtually meet the talented musicians, get to know their history, their hobbies outside the orchestra and more.

The orchestra is also ensuring fans have access to live music during this time. The Live at the Winspear – From Stage to Screen series, also shared through YouTube and social media, showcases performances by various members of the Edmonton Symphony Orchestra recorded and performed at the Winspear Centre.