Museums throughout Alberta found creative ways to engage with their audiences online while closed due to the COVID-19 pandemic, many of which will continue as they begin to reopen to visitors.The Royal Tyrrell Museum of Paleontology and the Philip J. Currie Dinosaur Museum launched online initiatives that are just two examples of ways museums are adapting to share information and connectwith audiences around the world.

The Royal Tyrrell Museum of Palaeontology near Drumheller has ensured dinosaur enthusiasts have had no shortage of online content to keep them entertained. The museum launched #MuseumAtHome across its social media channels, including a RTMP Behind the Scenes series on YouTube that allows audiences to get an exclusive behind-the-scenes look at the museum and its extensive fossil collection. Other #MuseumAtHome initiatives include the #RTMPFossilChallenge, which provides clues and challenges followers to guess the fossil and the #RTMPArtChallenge, which encourages followers to share their drawings of various species of dinosaurs. The Royal Tyrrell Museum app also allows people to take a journey through the museum from their homes, with audio translated into a variety of languages. 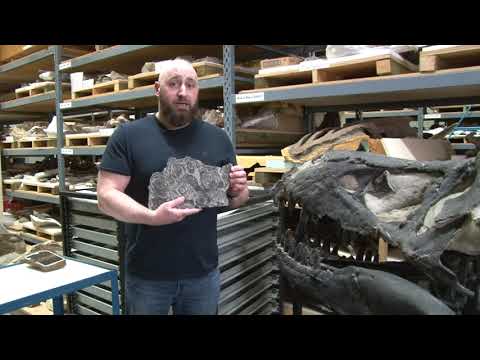 "It's been a fun way for us to release some information we haven’t normally shared with our visitors,” says Lisa Making, Executive Director of the Royal Tyrrell Museum of Palaeontology. “It’s really amazing to me to see how committed our followers are on our social media and how much they already know about the work that we do and the fossils we collect.”

The #MuseumAtHome initiatives will continue to evolve as the museum embarks on a multi-stage re-opening process, beginning in mid-May. Making says it’s a continued opportunity to engage with audiences in other areas of Alberta, throughout Canada and internationally.

"It's been really positive to see how people turned to museums, arts and culture during their isolation periods,” she says. “It gives me hope that that will continue on when everything starts to lift and shift a little bit – that there’s important social value to the work that museums do.

”As the museum moves to re-open, it will be placing greater emphasis on its outdoor experiences, following strict health and safety guidelines, and removing some of its interactive experiences for the time being. Making notes that being adaptable is important during this time, as well as reaching out to partners for support.

“Look for different partnerships where you can help offset – it could be cost, it could be adding something different to your experience. You’ll never know until you reach out and have the conversation,” she says. “And don’t be afraid to ask the questions to see who else might be having trouble and how you can work together."

The Philip J. Currie Dinosaur Museum in Grande Prairie also found innovative ways to keep new and existing audiences entertained while in isolation. The online initiatives are focused on two key criteria: to increase brand awareness and increase the length and value of visitor participation. Within the first week after its temporary closure in March, the museum launched a quarantine challenge on social media and built on the success of popular existing initiatives, like #FossilFriday.

“What we did with the quarantine challenge was we asked kids, and those who are kids at heart, to build their favourite dinosaur with toys and things they already had at home. In the first two weeks we got 200 posts.” Linden Roberts, Executive Director of the Philip J. Currie Dinosaur Museum

The quarantine challenge was a hit with the museum’s local audience, but Roberts says they quickly realized people were participating from other continents. To keep the initiatives interesting, the museum moved on to its Archosaur April Absurdity challenge. The idea was similar to the concept of March Madness in that participants could download brackets and follow the action as rival dinosaurs faced off through stories that played out over social media. The challenge ran alongside #FossilFriday posts featuring interesting dinosaur facts, as well as behind-the-scenes videos from the museum.

This challenging and unprecedented time will also be documented in an art challenge that will be displayed when the museum re-opens.

“We’ve asked people to save their creations, and we’re going to collect them and create an exhibition of works people did under quarantine,” explains Roberts. “We’ll probably interview some of the kids who did these and their parents, and find out what it was like – what their favourite part was, how it changed them and how they adapted to use it as a way of recording this time in history we’re living through.”