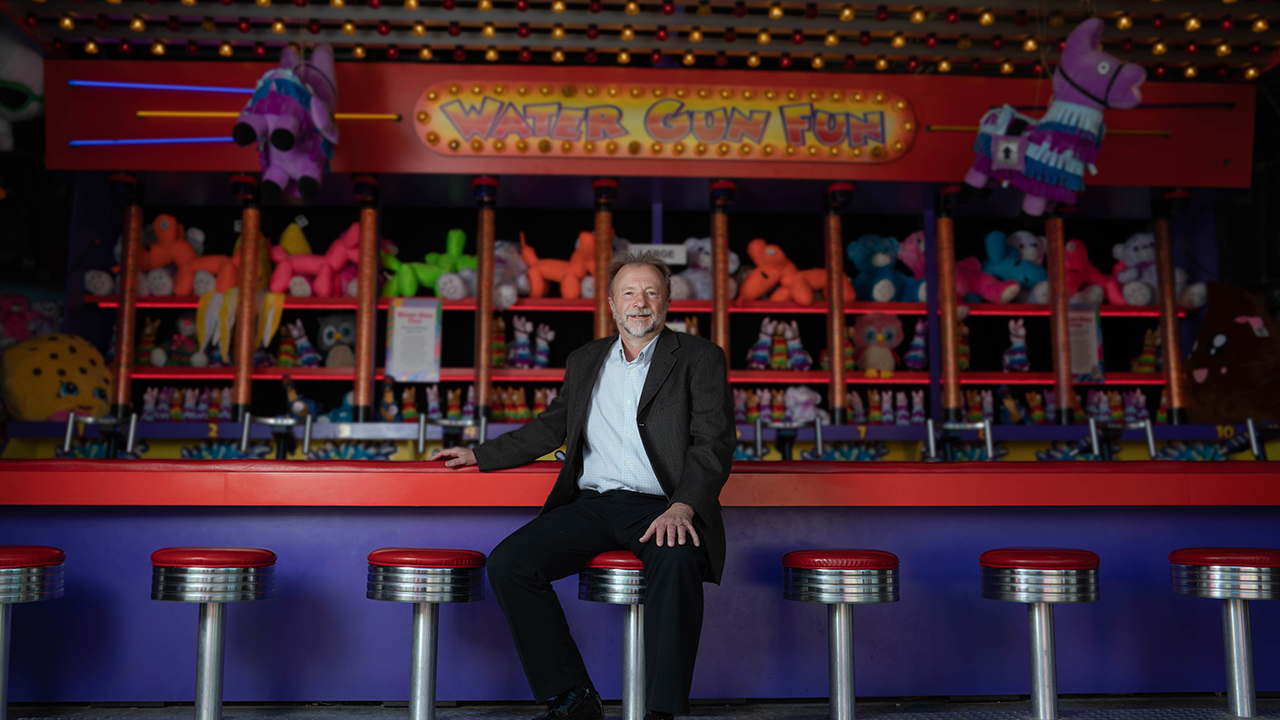 Bob Williams has been a maverick in the industry since his early days in Calgary.

He coined the phrase, “If you’re not having fun at an amusement park, you’re doing something wrong.”

Fun, that’s a word synonymous with Calaway Park, Western Canada’s Largest Outdoor Family Amusement Park and its mission to deliver smiles since 1982. And General Manager Bob Williams has been there every step of the way with a ready smile on his face.

“He’s the most enthusiastic person. There’s never a day that goes by that we don’t get a high five or cheer from Bob,” said Chelsea Barteaux, Marketing Coordinator at Calaway Park.

Bob’s dedication and passion for the industry shines through every day, and not just at the Park.

For 39 years, Bob has made significant contributions to the tourism industry in Alberta and Canada, continually adding to tourism’s bench strength.

Originally from Saskatchewan, Bob moved to Calgary at the age of 17 to study Business Administration at SAIT. An entrepreneur at heart, he created Mukwah River Rafting Tours in 1981. In 1990 he joined the Calaway Park team as Marketing Director. Over the years, Bob has worked in management roles in almost every area from park security to group sales and games. In 2013, Bob became General Manager.

As an advocate for life-long learning, Bob teaches classes at SAIT—everything from leadership, service excellence and marketing, a role he’s held since 1987.

“My first experience with Alberta was with my studies at SAIT, and it ultimately led me to Calaway Park, so I enjoy giving back to the school,” said Bob.

He was also residential coordinator of the Calgary Olympic Housing Committee from 1986-1988, finding housing for tourist guests, non-Olympic athletes, and corporate groups, a first in Olympic history.

Bob chaired the Calgary Attractions committee, comprised of '13 of Calgary’s top attractions' for twenty years. In addition, Bob was on the Calgary Tourism Regional Travel Alberta committee then went on to be the Vice Chair/Chairman.

“What I’ve learned over the years, is that it has always been about the guest. If we stay focused on that, the business, the team and community, we are in a good position.”

Bob is highly regarded as an international ambassador for the industry. In 2018, he was the recipient of the International Association of Amusement Parks and Attractions (IAAPA) Meritorious Service Award for his volunteer work with the organization and helping to drive the success of the association’s programs and initiatives.

In 2017, he was elected Chair of the North American Regional Advisory Committee. Bob is a liaison on the IAAPA Government Relations committee and a member of the Board of Directors. As one of only two Canadians on the committee, Bob is a champion for Alberta on the world stage.

Bob’s impact on the tourism industry can also be measured by his dedication to mentoring the industry leaders of tomorrow.

He is deeply committed to inspiring future leaders and industry ambassadors through his leadership at Calaway Park, work at SAIT and his many experiences on committees and boards throughout his career. Bob even visits grade schools in Springbank, and as General Manager of Calaway Park partners with school boards in Calgary and Rocky View to offer work-for-credit programs for students.

As a business that hires 650 seasonal team members each year, Bob is passionate about the opportunity to introduce a whole new generation to tourism.

“When you have a strong strategy and great culture, great results will happen. Working with a lot of young people brings a lot of energy, there’s a lot to be taught from them too.”

Bob is married to his wife Roxanne and they have two adult children Cale and Aly. He is passionate about golf and squash.

His advice for the industry is, “stay focused and humble, truly have a purpose and enjoy the moment.”

And it goes without saying that Bob continues to create smiles, every day at Calaway Park and throughout his life, enjoying every moment.

The Alto Ambassador is a peer nominated annual award recognizing an exceptional Albertan making an outstanding contribution to our tourism industry. The Alto Awards are an industry led initiative presented annually to recognize individuals and organizations for their creativity and commitment to capturing the hearts and minds of travellers and elevating Alberta tourism. The Alto Awards committee and judging panel is made up of representatives from different sectors of the tourism industry, representing all regions of the province.
The 2019 Alto Awards will take place on October 28, 2019 in conjunction with the Travel Alberta Industry Conference.