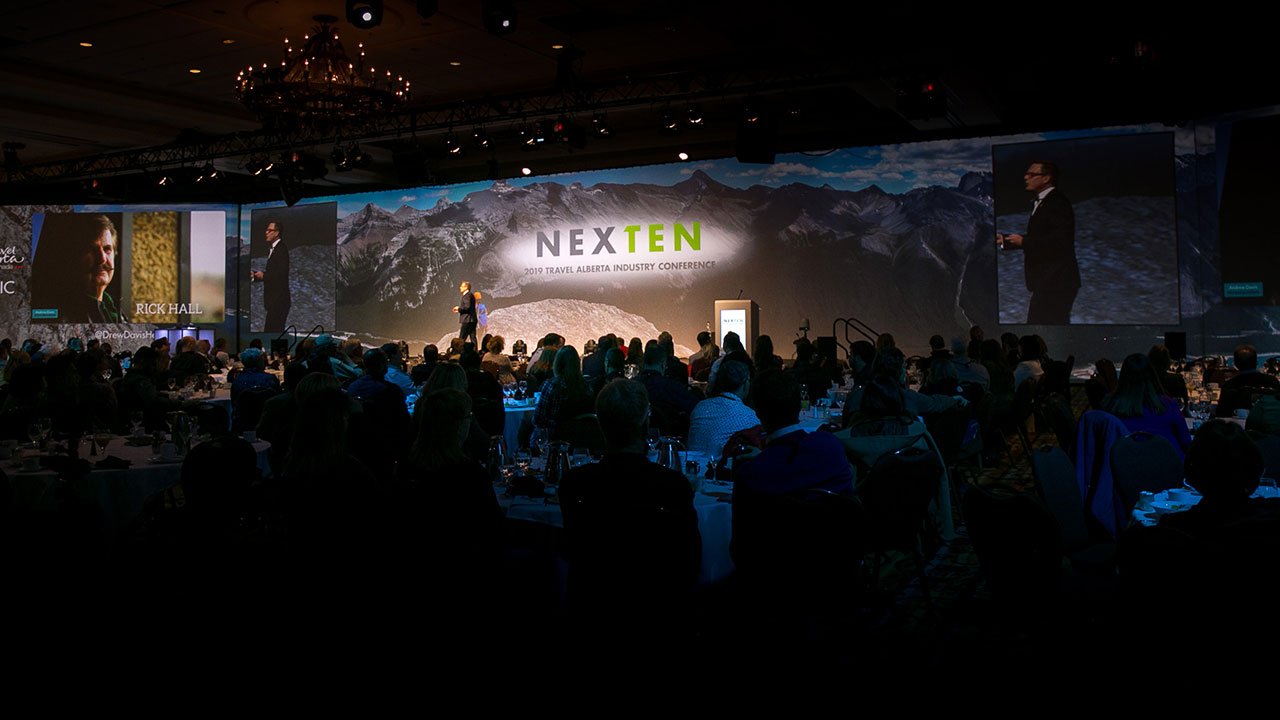 1. PREPARE FOR THE NEXT TEN

The 20th anniversary Travel Alberta Industry Conference was all about preparing for the next ten years and building on the firm foundation Team Alberta has established. In his opening address, Travel Alberta CEO Royce Chwin asked, “what does the future need?” And, “how can we create the future, instead of being passengers?”

With the Government of Alberta’s ambitious new goal of growing tourism revenue to $20 billion by 2030, Chwin said we need to broaden our thinking: “Fostering positive working relationships with other industries, communities and businesses is central to our ability to grow Alberta’s visitor economy.”

So, where do we go from here? Chwin said the first step is engaging with industry and the broader public to create a new 10-year tourism strategy and, also diving more deeply into Alberta’s ‘Ultimate Traveller’ (the new audience targeting personas we’re developing). We will be rolling out more information in the coming months.

Check out this news release for a summary of Royce’s presentation on the future of Alberta tourism. 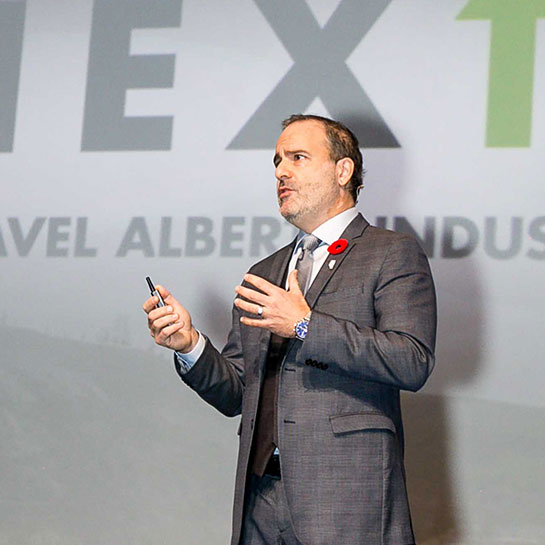 A recurring theme at Conference was collaboration and how it can create opportunities for you and your business. In his opening address, Royce shared the story of Karen Anderson of Alberta food Tours. She understands the power of partnerships and has built a successful business around them. Watch her story.

And our industry now has another way to collaborate and share ideas with the creation of the new Tourism Industry Association of Alberta (TIAA), an industry-led coalition, which was introduced at the conference. 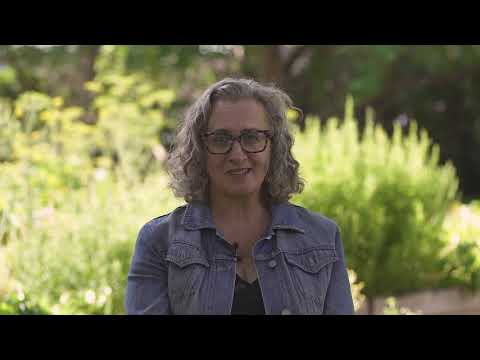 In a world of content overload, how do you stand out from the rest? There’s a limit to how much content people can consume, so it’s all in your approach.

She advises taking your big content pieces, such as a video or podcast, and turning it into a series of smaller pieces (think commercials for your show), like an audio clip, infographic or pull quotes. This way, you can maximize your investment and fill your content calendar with lots of great content at the same time. 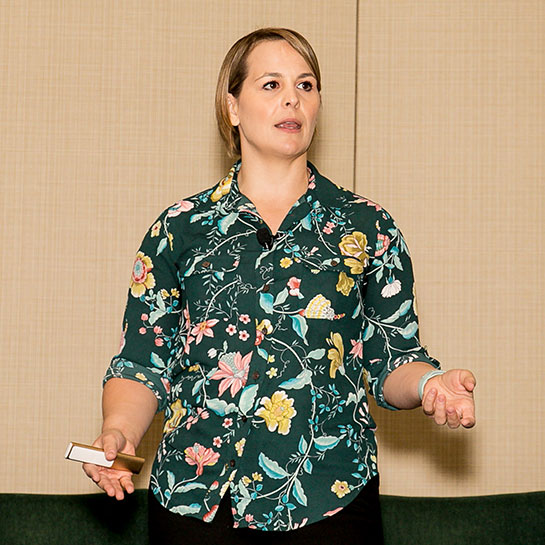 How do you ensure your destination or experience stands out from the crowd?

Keynote Andrew Davis says you must connect with people on an emotional level. To do that, you need to zero in on what makes your experience or destination memorable (he calls it staking your claim) and create content that tells your story in a way that ignites their passion for what you have to offer and inspires them to act.

Picking up on the people first theme, ‘Teamwork Doctor’ keynote Liane Davey says, “I think it’s time to change our teams for the better—you deserve that.” In order to be the best destination promoters in Alberta, Davey says it’s important to build teams with diversity of thought and include your team members in the creative process. 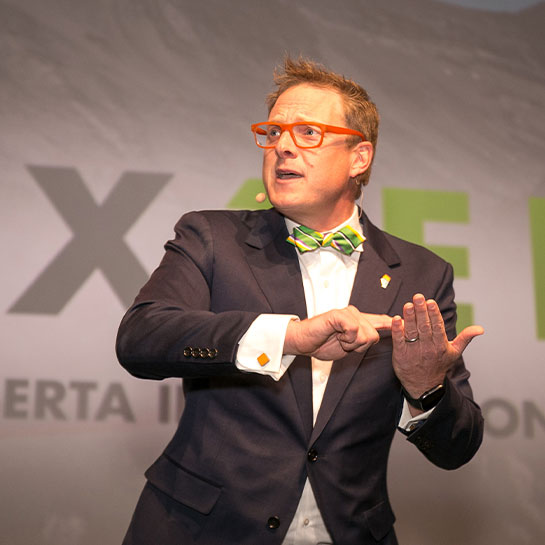 5. THINK AND DO DIFFERENTLY

Jeff Greenspoon, President at Dentsu Aegis Network Canada seconds that idea, and encourages operators to think about the unmet needs of travellers, and find something that is new and exciting. He thinks small businesses often have an advantage because they can connect with travellers on the front-line to find out what they are looking for. That’s good news, considering small businesses and self-employed entrepreneurs represent almost 99 per cent of all tourism-related businesses in Alberta!

You need to be willing to try new things in order to succeed. “Success is right in front of us. We don’t know what our consumers want until we try something,” echoes Andrew Davis.

What will you do differently for your business? 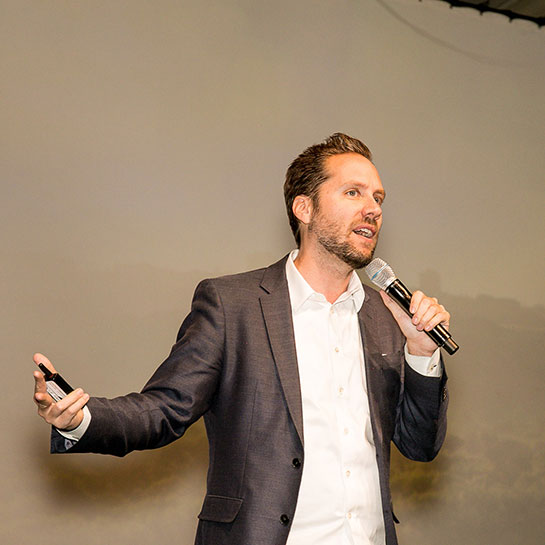 The conference was jam packed with key learnings so stay tuned for more tips, tricks and takeaways that will be useful for your business.

Be in the know: sign up for Travel Alberta’s monthly industry e-newsletter.